Print page
We are proud to announce that two NEWFELPRO fellow researchers, Ana Ljubojević and Maja Miše, received the prestige MSCA Individual Fellowship at H2020-MSCA-IF-2017 Call. Both of them are female researchers and their expertise is in social sciences.

Ana Ljubojević is a NEWFELPRO fellow who implemented her project titled „Lost in transition: (mis)use of transitional justice mechanisms in post-conflict countries (TransJusMem)“ at the Faculty of Political Science in Zagreb in the incoming scheme. After the successful implementation of her NEWFELPRO project, she applied to H2020-MSCA-IF-2017 call with a project proposal „Normalizing a Difficult Past? Cultural Tramuma and collective memory in Austria and Croatia (CULTRAMACY)“. Her project proposal was evaluated as excellent and Ana will embark on the implementation of the project at the University of Graz in Austria soon.

Maja Miše is a Croatian NEWFELPRO researcher who successfully implemented her project called „Connecting Adriatic with Mediterranean: Tracing Ancient Ceramic Workshops and Networks in the last centuries BC (CAMTAWN)“ at Department of Geosciences at University of Fribourg (Switzerland) and Faculty of Humanities and Social Sciences at the University of Split (Croatia). She also applied to H2020-MSCA-IF-2017 call, as her fellow colleague, with a project proposal titled „Economy of Pre-Roman Adriatic Communities: amphora production and trade patterns in a changing world (EPRAC)“ The proposal received excellent score and Maja is to embark on the implementation of her project at the University Colleague London Institute for Archaeology. University Colleague London Institute for Archaeology, at the moment, is third in the world on QS Word University list for 2017.

We are very proud of our NEWFELPRO fellows and we wish them successful implementation of this projects. 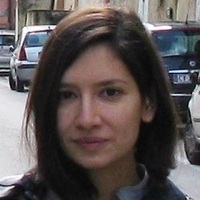 Dr. Ljubojević’s project aims to analyse the impact of trauma on the collective memory of wars in Austria and Croatia, as well as the social processes through which such memory is produced, performed and maintained. More specifically, a dynamics of two corresponding forces are explained: cultural trauma representing a response to a tear in social fabric and collective memory acting as a cohesive element for group identity. The CULTRAMACY project draws on methods of both quantitative and qualitative analysis and uses the methodological tool of frame analysis. This research is situated on the intercept of the scientific fields of memory studies, social theory and political science. It aims to contribute to academic research on three different levels. First, it contributes to the theoretical debates in memory studies by approaching collective memory from the perspective of cultural trauma. Second, it offers a truly comparative perspective outside of the methodological regionalism, while still acknowledging the nation as one important framework or "scale" of collective remembrance. Finally, this research tracks the travels of memory across borders and generations in order to give some innovative insights for similar phenomena in ever-more globalised world experiencing migration flows. Hence, the CULTRAMACY project aims to map a critical engagement with negative heritage, cross boundaries of national memories and verify the basis of the transcultural sphere of European memory.

Dr. Miše’s H2020-MSCA-IF project examines economy of Adriatic region during the pre-Roman period, from establishment of Greek colonies to the consolidation of the Roman power. This period is marked with widening of market and with starting the concept of complex economy system that came before the Roman Empire gained all the economy power. The project aims to solve open questions about antique market in the Adriatic region with the material science approach i.e. origin and distribution of amphoras as a proxy for the market study. Several institutions from Croatian Adriatic region are involved in the project: Archeological Museum in Split with its Antique collection Issa, Old Town Museum, Croatian Restauration Institute – Department for Underwater Archeology, Department for Archeology of University in Zadar, Dubrovnik Museums and Museum of Town Šibenik. UCL Institute for Archaelogy, as the host institution, is the leading institute in archaeological science. Their researchers have access to Wolfson Archaelogical Science Laboratory that is the most prominent university archaeological laboratory in Europe. Moreover, the supervisor of the EPRAC project is Dr. Patrick Quinn, one of the leading expertise in archaeological science in world, and the one who established and now coordinates Ceramic Technology Research Network on UCL Institute of Archaeology.