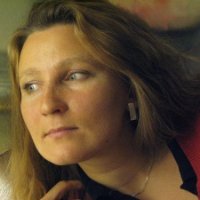 Svetlana Paramanova came as a NEWFELPRO fellow in December 2015 at the Zagreb Faculty of Law (Department for Criminal Law). Since then she was implementing her project called Bioethics and Criminal Law: the Role of the European Court of Human Rights in Setting Standards for the Protection of Human Rights (Bioethics/Crim. Law) until the end of 2016 under the menthorship of Professor Davor Derenčinović.

Her scientific research was in the area of bioethics. She researched the impact of progress  in medical area and biotechnologies in the health field on the life of everybody. This impact is as much connected with the benefits of the scientific advancement as it is coupled with the risks and vulnerabilities society has to face as an inevitable consequence of such development.  Questions like: “can samples taken from a person during treatment be used for research purposes? Can a person refuse to undergo a genetic test requested by employer or insurance determination company? Is it safe that a cardiac pacemaker is controlled via online-service?” have all the potential to move into a field of criminal law-relevant cases, causing grave infringements of human rights and fundamental freedoms. Considering rapid development of healthcare, cyber- and biomedical technologies the number of such questions can be expected to grow strongly.

During her NEWFELPRO experience she has attended several workshops and conferencies:
Also, here is a list of published papers during the NEWFELPRO fellowship period: