Oriental Other in European history by Mirko Sardelić 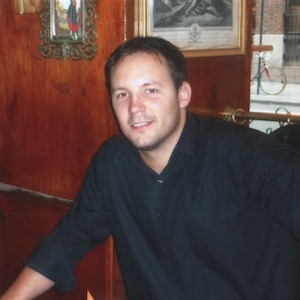 Mirko Sardelić completed his 16-month project called The role of emotions in contacts between Eurasian cultures. Representation of the Oriental Other in Medieval and Early modern Central Europe (Emotions Otherness) as a NEWFELPRO fellow. The first phase of the project was conducted at the University of Western Australia; ARC Centre of Excellence for the History of Emotions (Europe 1000-1800). He did the return phase of the project at the Department of Historical Research of the Croatian Academy of Sciences and Arts in Zagreb.

The main objective of the project was to identify the most important patterns in which the emotions were used to form representations of self and the other; and to analyze how have these representations been fed into the construction of identities. The approach was multidisciplinary. Historical imagology was employed on textual sources to detect and analyze the images created by the relevant authors. It was supported by other disciplines: cultural anthropology, intellectual history, art history, sociology, psychology etc. in order to identify the key elements in the role of emotions in the intercultural contacts in Central Europe. In this multidimensional reconstruction and interpretation of processes there were two main axes: time and space. The timeline was set from 1200 to 1700, and the space component was divided into three: geographical, social and imaginary space.

Results of his project can be find in following:
Additionally, he gave paper at five international conferences and participated in several seminars, workshops and colloquia:
One of the main accomplishments of his project was the creation of the Centre for the Study of Emotions in Cross-cultural Exchange (Centar za transkulturno istraživanje emocija) in Croatia.The main goal of the Centre is to foster collaborative research on various topics related to the study of emotions in the cross-cultural settings of Southeast Europe and elsewhere. Centre ECCE has been established with a focus on the interdisciplinary nature and benefits of emotions history, and involves scholars from various disciplines. The first workshop is planned for June 2017 and the first seminar for September 2017.