The exhibition of scientific photographs and posters of NEWFELPRO researchers

Print page
The Ministry of Science and Education organized a reception on December 8th 2016 at the Croatian Institute of History for researchers whose projects are financed through NEWFELPRO. Also, as a part of the banquet, there was an exhibition of the scientific photographs and scientific posters created based on the results gathered during the implementation of their projects.

Assistant Minister, Professor Krešo Zadro addressed the guests and noted: "The new international project of scholarships and mobility of experienced researchers - NEWFELPRO fulfils the most important task that the Ministry has, and that is to support researchers in conducting quality projects, building international networks and promoting Croatian science and scientist in the world."

Professor Bojan Jerbić has addressed the guests on behalf of the NEWFELPRO Selection Committee. He stressed the importance of scientific mobility, as well as the transparency of the selection of the best projects. He pointed out that the NEWFELPRO, through three public calls, received more than 190 proposals from 25 countries, of which 78 were selected for financing trough the NEWFELPRO programme. Furthermore, he emphasize that in the process of their selection were included more than 500 international reviewers.

First place was awarded to the photo made by Helena Bilandžija showing Oliarus polyphemus, endemic animal species in the Hawaiian Islands. The photo was taken as part of the project „Evolution of Albinism and Cave Adapted Animals (EACAA)”.

Sanja Frka Milosavljević was awarded a second place with a photo that showing the 3-methyl-4-nitrocatechol substance whose crystals recorded inverted optical microscope. This photo won taken during the implementation of her project titled „Chemical nature of size segregated water soluble organic aerosols and their nitro-aromatic constituents (AERONAR)”.

Third place went to Kristina Pikelj. Her photo shows a routine morning photography pebble beach that was the subject of her research project called „Resilience of artificial gravel beach and implication for coastal management (RAGBICOM)”. 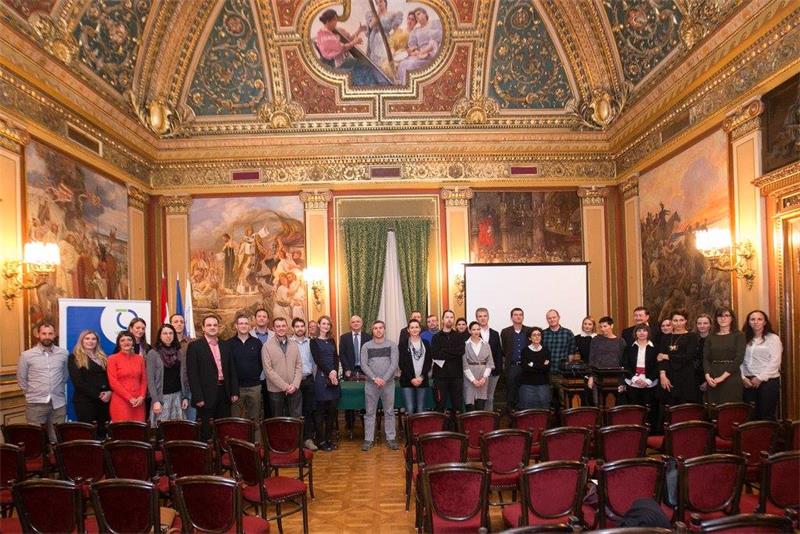