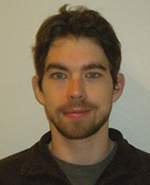 Thomas Klaric graduated in 2005 in biotechnology at the University of Adelaide, and in 2012 he got his PhD in genetics at the same institution defending thesis titled "Expression and function Npas4 during early development". He continued to work at the same institution as a postdoctoral researcher until 2014 when he arrived to Croatia to „Genos DNA lab Ltd. Testing and analysis“ as a researcher in reintegration scheme of the NEWFELPRO project.

This year he completed the two year long implementation of his NEWFELPRO project entitled A spatio-temporal analysis of glycosylation in the human brain (Human Neuroglycome) under the menthorship of Professor Gordan Lauc.

The main objective of his project was to use the latest high-throughput glycomic analysis methods, in combination with rigorous bioinformatics, and to construct a detailed spatio-temporal profile of glycosylation in the human brain. Further, understanding how the neuroglycome varies between different parts of the brain and how it changes throughout ontogeny gave valuable new insights into brain function and development.

During the implementation of his project he published the following article:

Also, he participated at the following conferences and workshops:

After completing his NEWFELPRO project, Thomas Klaric stayed in Croatia and will continue his cooperation with the Genos as their employee. „Genos DNA Lab Ltd. Testing and analysis“ is the first private DNA laboratory in the region and one of the leading scientific institution in the field of DNA analysis, and a world leader in the analysis of glycans.