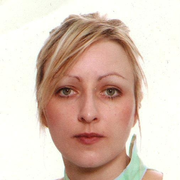 Anja Marunović is NEWFELPRO's researcher from the Department of Physics at the Faculty of Electrical Engineering and Computing at the University of Zagreb, who has successfully completed the implementation of her project titled Monoverse - an inhomogeneous model of the Universe (MONOVERSE). Anja Marunović has conducted her research at the Institute for Theoretical Physics Faculty of Physics and Astronomy at the University of Utrecht, under the supervision of Professor Tomislav Prokopec.

Her NEWFELPRO project was a research in physics of the early universe. Even though  the standard cosmological model „Lambda-CDM“ successfully explains physics of the early universe, recent observations have indicated that the Lambda-CDM model is incomplete, and currently there are no theoretical models that can successfully explain certain measured data. This study therefore intended to explore new cosmological models and test them on the current data. There are strong indications that these models can explain many of the observed CMB large scale anomalies. An important component of these models is that they provide a natural mechanism for violation of spatial isotropy.