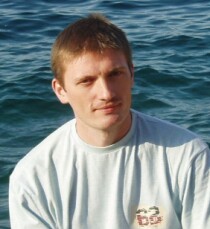 Nils Paar, photo can be found at the page

Professor Nils Paar, PhD,  is one of NEWFELPRO 's researchers from the outgoing scheme who has successfully completed the implementation of his 16 month long project titled Relativistic Nuclear Energy Density Functional for Astrophysical Applications (AstroEDF). Professor Nils Paar, PhD conducted his research at the University of Basel, under the menthorship of Professor F.K. Thielemann. He spent his return phase implementing his project at the Faculty of Science of the University of Zagreb.
The aim of the project was to establish self-harmonized microscopic theoretical approach, based on the relativistic nuclear energy density functional (RNEDF), for use in modelling astrophysical important properties of nuclear matter and exotic nuclei, femto - process weak interactions, as well as their inclusion in the simulations and models of supernova nucleosynthesis. The scientific objectives are realized in an interdisciplinary framework of theoretical nuclear physics and astrophysics that unites modelling of complex systems and technological innovations in computer science.
During the project, he held five lectures as an invited lecturer at international workshops, symposiums and conferences (Italy, Japan, Turkey, Finland) where he presented current project research achievements.

Based on the results of his project, he has published the following articles:

Upon the completion of project, Professor Paar plans to continue the research he begun at the University of Basel, with the aim of stronger linking the modern theory of nuclear structure to reactions with modeling synthesis of elements in the universe and multi-dimensional simulations of supernova. During the project performance, he has been nominated by the Nuclear Physics European Collaboration Committee (NuPECC ) as a member of the working group of nuclear astrophysics for a new “Long Range Plan” of nuclear physics, which will determine the guidelines and priorities for future scientific research in this area in Europe. His further actions in the implementation of this objective, as well as his scientific research, aim to contribute to the long term development of the European Research Area in the field of nuclear astrophysics.

Additionally, in December 2015, he became the spokesman for Quantix (Research of Quantum and Complex Systems), unit at the recently established Centre of Excellence for Quantum and complex systems and representation of Lie algebra at the Faculty of Science, University of Zagreb. Within this Centre, he plans to continue follow up research of his project Relativistic Nuclear Energy Density Functional for Astrophysical Applications, strengthen research in the field of nuclear astrophysics in Croatia, ensure transfer of knowledge to young researchers, as well as expand international cooperation with prestigious scientific institutions from abroad.