Isidoro Feliciello, of the University of Naples, was one of the first 11 fellows in the incoming scheme selected after the NEWFELPRO's First Call in 2013. Isidoro, who has a diploma in molecular biology is a senior researcher and also one of the first researchers who succesfully implemented his project  "Gene expression mediated by satellite DNA (RegSat)“ under the mentorship of dr. Đurđica Ugarković, Head of Laboratory of Evolutionary Genetics at the Ruđer Bošković Institute with whom he collaborated before.

The aim of this one year long basic research was to investigate the gene-regulatory role of TCAST satellite DNA in insect T. castaneum. The results, for the first time, demonstrated a role of satellite DNAs in the modulation of protein-gene expression and revealed the molecular mechanism of their gene-regulatory activity. In day to day life, his research could point to mechanisms with which we deal with stress. During the implementation of his project, Isidoro attended the EpiGeneSys 4th Annual Meeting at the Center for Genomic Regulation (CRG) in Barcelona last November.

Based on his research, Isidoro published following works, one of them at the prestigious Plos Genetics opening a whole new and exciting research area:


Upon finishing his NEWFELPRO project, Isidoro continues to collaborate with the Institute and he encourages everybody interested in contributing to contact directly him or Dr. Ugarković. In terms of his future plans, he would like to spread his research to humans considering the extremely interesting impact of the satellite DNA on genetic expression. You can read more on the success of this project and his collaboration with Dr. Ugarković here , here  and here.

In February 2016, Isidoro was awarded Branimir Jernej Memorial award for his scientific paper Feliciello I., Akrap I., Ugarković Đ. (2015) Satellite DNA Modulates Gene Expression in the Bettle Tribolium castaneum after Heat Stress. PLoS Genet. 11(8): e10005466. (IF 8.555)  published in PLoS Genetics. Branimir Jernej Memorial award is given to commemorate the esteemed neuroscientist and molecular biologist dr. Branimir Jerner from the Ruđer Bošković Institute. You can read more on the Dr. Feliciello's success here. 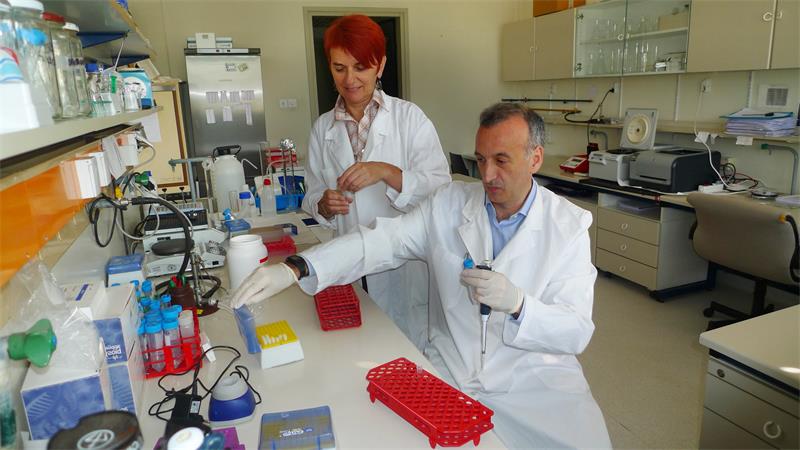