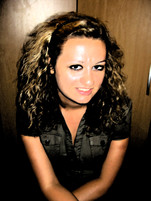 Croatia's Committee for Annual awards for Science has decided to award Dunja Šamec, NEWFELPRO's researcher in the outgoing scheme, who is currently implementing her three-year long project at the Washington State University– Institute of Biological Chemistry . She has been awarded for 2014 in the category of Annual award for scientific novice. Dunja, who has a PhD in molecular biosciences, has been awarded due to her scientific interdisciplinary approach in researching secondary plant metabolites that includes research of their role in plant growth. This approach is also important in regards to the taxonomical use and its usage within food and pharmaceutical industry. Dunja's research is positioned within a new research area – metabolomics – that is one of the cornerstones for contemporary functional research in plant biology.

In the meantime, Dunja has continued with her research on her NEWFELPRO project „Evaluating Metabolic Diversity to Understand Plant Adaptations to a Changing Environment (PlantMS)“. By observing the phytochemicals in plant species that have evolved during Paleozoic and survived until today, Dunja is trying to understand the mechanisms of their adaptation and ways in which they survive in unfavorable conditions. Her research is important in order to prevent the damage caused to different nutritional plant cultures due to sudden climate changes. As a part of her project, Dunja is also collecting data on the presence of phytochemicals in researched species. Due to the fact that a significant percentage of active components in medicine are either isolated from plants or synthesized to be identical to phytochemicals in plants, the results of this part of her project are important from the perspective of pharmaceutical industry.

Upon her return in the fall 2016, Dunja will spend her final phase of the project at the Ruđer Bošković Institute. At the moment, publication of results of her research awaits her and you can read more about her own adaptation to the USA here.